Victoria’s Property Tax Hikes: 2 Of The 3 Are Pretty Good 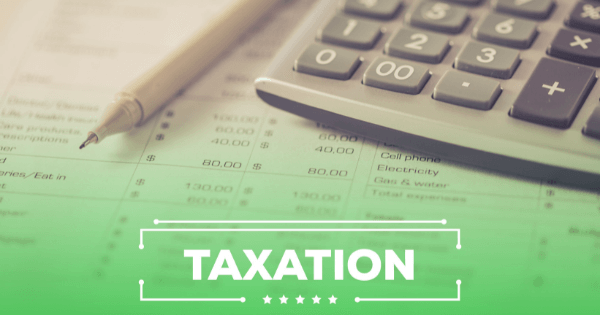 Victorian treasurer Tim Pallas’s three-pronged strategy to raise an extra A$2.7 billion in property taxes over the next four years is a case of two out of three ain’t bad.

This is a good move. Taxes levied on the value of landholdings are among the most efficient states can impose. And land taxes offer a more sustainable and less-volatile tax base than stamp duties on property transactions.

Second, developers and landowners who reap windfall gains when their property is rezoned will be hit with a 50% levy if the gain is $500,000 or more, with the tax phasing in from windfalls above $100,000. The new levy will not apply to growth-zone land where developers already pay the Growth Areas Infrastructure Contribution charge.

Again, this is a good move. It should reduce incentives for corruption when planning applications are decided.

As a tax, collecting unearned windfall gains is extraordinarily efficient, so efficient it shouldn’t even be called a tax but a charge for a change in allowable land use, which is what it is.

The new re-zoning charge won’t raise much in the short term: just $124 million over four years.

Read more:
Our states are crying poor. They wouldn’t if they charged for rezoning


But the next time there is a major rezoning — think of the bonanzas that have flowed to land holders from previous rezonings in Melbourne’s Fisherman’s Bend and the Docklands — it will deliver taxpayers hundreds of millions if not billions.

The property lobby has been quick to claim that charging for rezoning windfalls will deter higher-density development in Melbourne, or increase prices. Both claims should be ignored.

Capturing a share of rezoning windfalls won’t deter developers. Instead it could make it easier to solve Melbourne’s housing crisis while reducing incentives for corruption in planning decisions.

The Victorian treasurer’s decision to make the winners pay for some of their winnings will make the process fairer and less divisive.Planning rules make it hard to build more housing in inner suburbs. Zoning for higher density is necessary, but unpopular. Local residents partly object because they think developers are getting a free kick.

It’s a myth that charges for changes in land use raise home prices. Australian evidence suggests those lucky enough to own land before it is rezoned pay the charges rather than pass them on to eventual homebuyers, which might be why they object.

And future developers will pay less for their land, because the expectation of windfall gains won’t be built into the price.

The ACT Government has charged 75% for land value uplift for three decades without scaring away developers.

But the third prong of the Pallas plan — lifting stamp duty from 5.5% to 6.5% on properties that sell for more than $2 million — is a step in the wrong direction.

Stamp duties are among the most inefficient and inequitable taxes Australia has.

And the revenue they provide is volatile: any slowdown in property sales — as happened during COVID took hold – punches a big hole in state budgets.

Few Victorians will be affected by this tax hike: less than 5% of all Melbourne homes (and just 0.5% of regional Victorian homes) went for $2 million or more last year, according to Corelogic.

Read more:
Abolish stamp duty. The ACT shows the rest of us how to tax property

But Pallas should be looking to replace stamp duty with broad-based land taxes, as NSW is planning to do.

Tax hikes are rarely popular. But they will become increasingly necessary as states try to repair their budgets after the COVID crisis.

In the quest for a better tax system, Pallas has just taken two steps forward, and one step back.

Read more:
Like a high-wire act, Victoria’s budget is a mix of hard work, luck and optical illusion

This article is republished from The Conversation under a Creative Commons license. Read the original article.